Canon augmented reality platform to be launched in Japan this month

Canon will launch a new augmented-reality platform that uses head-mounted displays to realistically project virtual images onto real backgrounds. The platform will allow users to view 3D objects from different angles by simply walking around them. Canon’s technology differs from other augmented-reality solutions as virtual images can be accurately viewed from any angle. The Canon system employs visual markers placed in the real world to provide orientation. The markers are identified using Canon’s specially designed head-mounted displays, which have one small digital camera next to each eye. The cameras provide input into the system software, which calculates how users should see virtual items and generates images correspondingly. 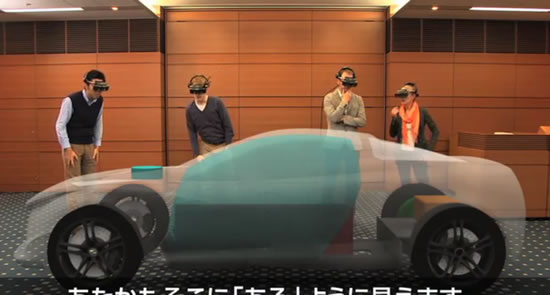 The virtual images are shown to users using two tiny display panels that sit just above the eyes. The images from the display panels are carefully aligned with user’s point of view, to keep the virtual world aligned with the real one. This camera-display combination allows the platform to display virtual items and shapes as though they are being viewed at the correct size and angle, even as users change position. 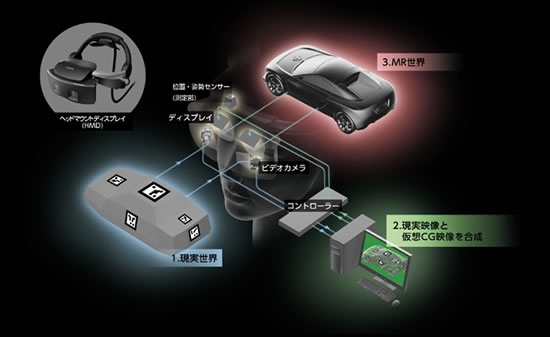 Canon will begin sales of the platform from late June in Japan, and that Canon’s foreign marketing subsidiaries may sell it abroad as well in the future.