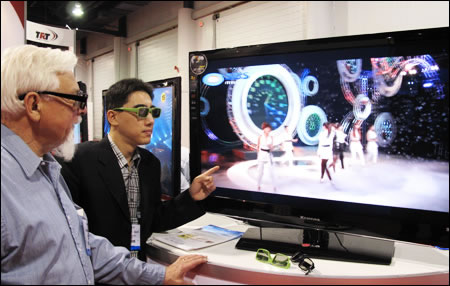 LG and Korean television station SBS have developed a technology for delivering stereoscopic three-dimensional (3D) broadcasting over terrestrial television networks.The companies claimed that their latest invention is an important step toward allowing television stations to operate 2D and 3D programming simultaneously. The solution by LG Electronics and SBS, unveiled at the National Association of Broadcasters (NAB) 2010 tradeshow in Las Vegas, is non-real-time 2D-to-3D video conversion, which allows viewers to watch live 2D television and download the 3D version of the programs at the same time. LG Electronics, the world’s second-largest flat-screen television maker stated that the Korean buyers of 3D-enabled televisions will be allowed to access the 3D recording service through simple software upgrades once land-based 3D broadcasting is launched. However, the company’s main target is apparently the North American market. 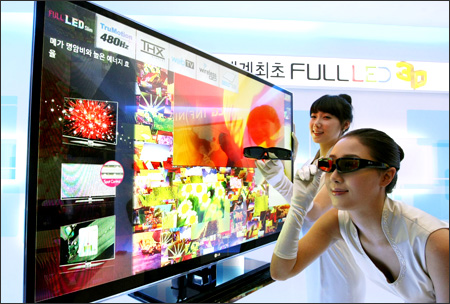 SBS will be involved in the global test for 3D television during the FIFA World Cup in June, as it owns exclusive rights to broadcast the tournament in Korea as well as the live 3D rights. Collaborating with Sony, FIFA plans to provide 25 World Cup matches in 3D, which the technology industry hopes will help motivate customers to make the leap of faith to 3D televisions and content. Korea is to become the world’s first nation to deliver 3D television over terrestrial networks, with trial services scheduled for October.