LG today announced the Korean release of its new LG CINEMA 3D TV, which boasts the first third-party endorsed “flicker free” 3D images, along with more comfortable glasses, a brighter picture and a wider viewing angle. Together, these features make it more comfortable than ever for viewers to enjoy 3D content in the company of family and friends. LG CINEMA 3D TV’s outstanding 3D viewing experience begins with its Film Patterned Retarder (FPR) technology, which optimizes the separation of images for the left and right eye. Those images are then matched up with CINEMA 3D glasses specially designed to receive each image, creating an outstandingly smooth 3D picture. With such a smooth picture, the LG Cinema 3D TV practically eliminates the feelings of dizziness or eye fatigue that could occur with previous 3D TVs, meaning viewers can enjoy 3D content for longer and in greater comfort. 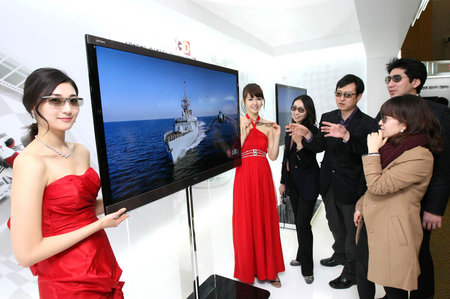 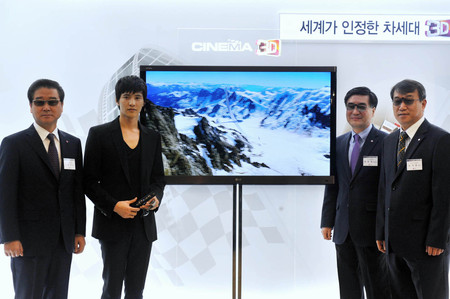 Besides superb picture quality in 2D and 3D, LG CINEMA 3D TV boasts all the advantages of LG’s Smart TV technology. With its simple Home Dashboard and Magic Motion Remote Control, LG CINEMA 3D TV makes it easy to access a full array of premium content via top global providers, the best in locally sourced shows, and the growing range of LG Apps designed specifically for use on its Smart TVs. Following its Korean release, LG CINEMA 3D TV will be rolled out globally from March.
The LG Cinema 3D TV also comes with comfortable and inexpensive 3D glasses. Tipping the scales at just 16 grams, the glasses have no electrical parts, so they are free of electromagnetic waves and never need to be recharged. Thanks to its wider viewing angle, CINEMA 3D TV is ideal for watching 3D with big groups of friends or family, while sitting or lying down in practically any spot in front of the TV. The resulting picture has earned CINEMA 3D TV “flicker free” certification from Intertek and TÜV, two world-renowned certification agencies based in Europe, making it the world’s first 3D TV to receive the designation.