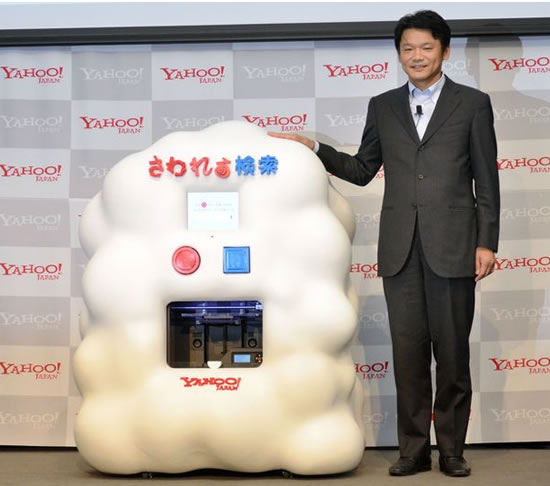 Yahoo Japan has combined a voice-activated search engine with a 3-D printer designed to help visually impaired people. In a demonstration to the media on Sept. 17, a Yahoo Japan official said the words giraffe; Skytree and beetle to the search engine in the machine, and plastic miniatures of the desired items were created through an internal 3-D printer. The two operation buttons on the machine are large and differ in color and shape to make it easier for people with poor eyesight to use. 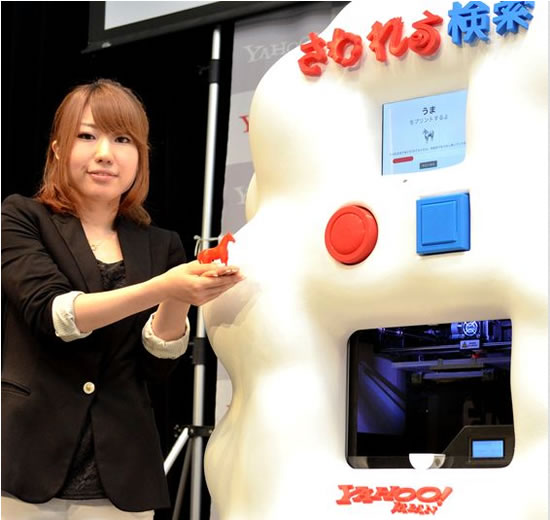 The Sawareru Kensaku (Hands on search) machine allows users to touch an object that they have searched for on the Internet. The machine currently stores design data for about 110 objects, such as animals, insects and well-known architectural structures. Yahoo Japan plans to store more data. 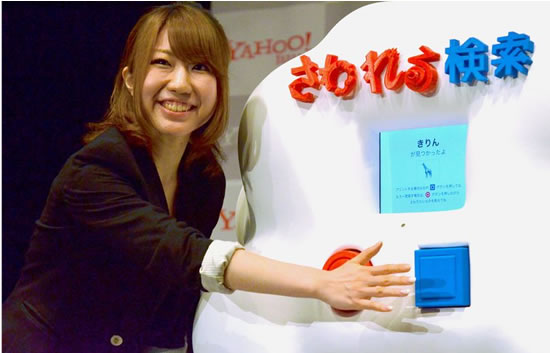 Yahoo Japan has rented the prototype to the University of Tsukuba’s Special Needs Education School for the Visually Impaired in Tokyo’s Bunkyo Ward for a trial run.