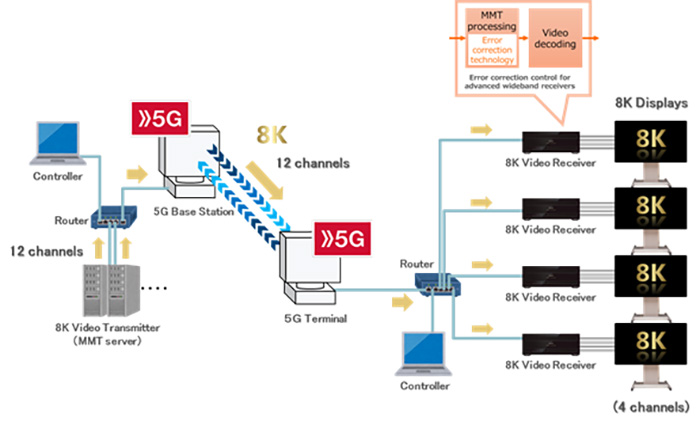 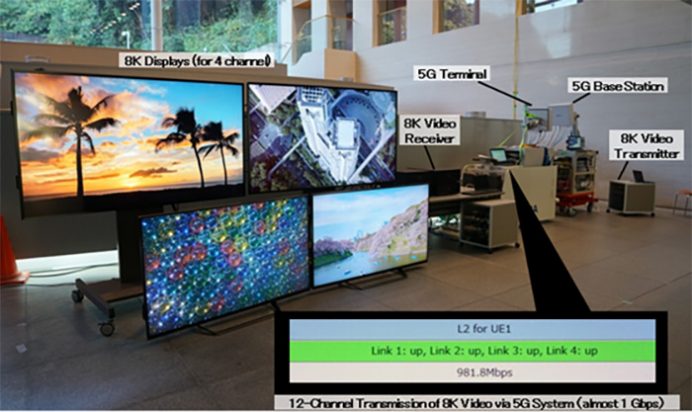 Transmission of compressed 8K video, the next generation of ultra-high definition video, requires a data rate of 80 Mbps on average per channel. In the case of current LTE mobile technology, it is difficult to achieve such a data rate for the stable, multiple-channel transmission of 8K video. In the recent test, however, ultra-high speed, large-capacity 5G communications using MMT technology successfully transmitted stable multi-channel 8K video with a high bit rate to multiple devices.

Radio waves for wireless communications are constantly influenced by obstacles such as buildings, trees and terrain, and well as reflective objects, so reception errors are inevitable. In the recent test, however, an 8K video receiver with error detection/correction function was used in additional to error correction performed in the wireless layer of the 5G wireless transmission equipment, enabling the 8K video to be displayed with minimal disturbance.