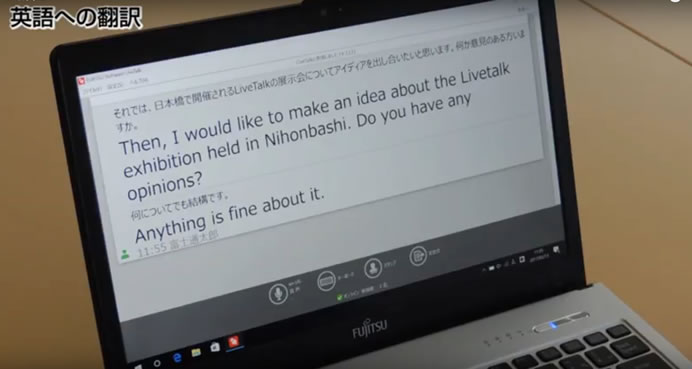 Fujitsu today announced the addition of multilingual translation functionality to FUJITSU Software LiveTalk, a participatory communication tool for the hearing-impaired. LiveTalk is software that recognizes what a speaker is saying-in situations such as a corporate meeting or a lesson in school-and instantly displays the spoken words as text on multiple devices, enabling real-time communication for everyone, including those with hearing impairments.

In ten of these languages-Japanese, English, Chinese (simplified), French, Spanish, Arabic, Russian, Portuguese, German, and Italian-support for an AI-based translation engine enables more accurate translation. The system can distinguish and translate speakers even if multiple participants speak at the same time. The system allows for keyboard input as well as speech input, so that hearing-impaired people can participate fully, alongside speakers of other languages. The product, Diversity Communication Tool, is available in Japan starting March 8, 2017.