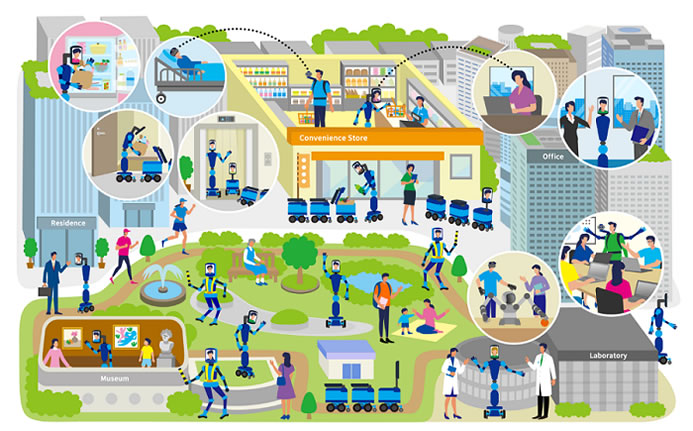 Sony AI and avatarin  reached a basic agreement to work together to develop next-generation remote control robots by combining the AI and robotics technology of Sony AI with avatarin’s avatar (remote control robot) technology. Next-generation avatar robots are expected to play a central role in situations where autonomous robots have barriers to safe and cost effective deployment, and where it is difficult for people to perform physical tasks. Along with telepresence technology, next generation remote control robots are expected to be used in various situations of everyday life, for example, in offices, stores, and homes.

In order to accelerate the deployment of avatar robots to meet various societal needs, Sony AI and avatarin will bring together their respective expertise, including Sony AI’s machine learning and robotics technology and Sony Group’s sensing and actuator device technology, and avatarin’s remote-controlled robot technology, platform, and numerous use-case test results. Through this collaboration, Sony AI and avatarin will jointly investigate the development and deployment of next-generation avatar robots that are easy for anyone to use.

Sony AI was founded on April 1, 2020, with the mission to “unleash human imagination and creativity with AI.” Sony AI combines Sony Group’s imaging and sensing technology, robotics technology, and entertainment assets such as movies, music, and games to transform with cutting edge Artificial Intelligence R&D to accelerate all of Sony’s business areas and create new business opportunities.