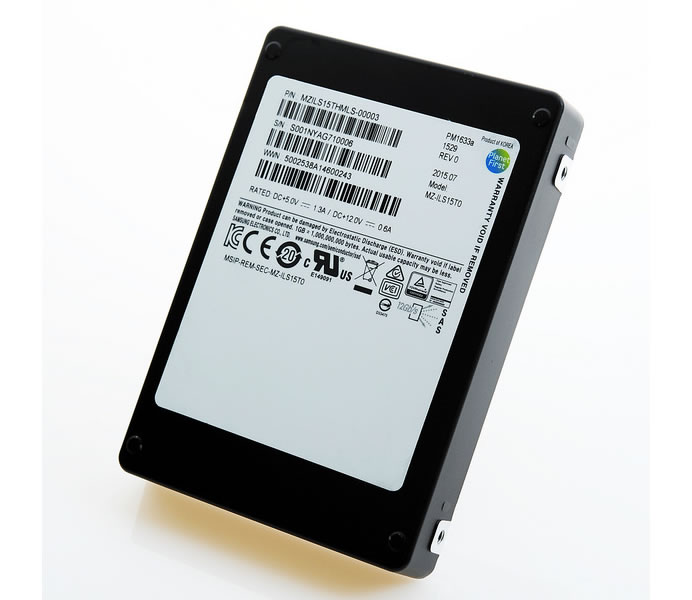 Samsung is now shipping the world’s largest capacity 15.36 terabyte SSD PM1633a. The 15.36TB SSD is based on a 12Gb/s Serial Attached SCSI (SAS) interface, for use in enterprise storage systems. As Samsung PM1633a comes in a 2.5-inch form factor, enterprise storage managers can fit twice as many of the drives in a standard 19-inch, 2U rack, compared to an equivalent 3.5-inch storage drive. The PM1633a SSD sports random read and write speeds of up to 200,000 and 32,000 IOPS respectively, and delivers sequential read and write speeds of up to 1,200MB/s. The random read IOPS performance is approximately 1,000 times that of SAS-type hard disks, while the sequential read and write speeds are over twice those of a typical SATA SSD. 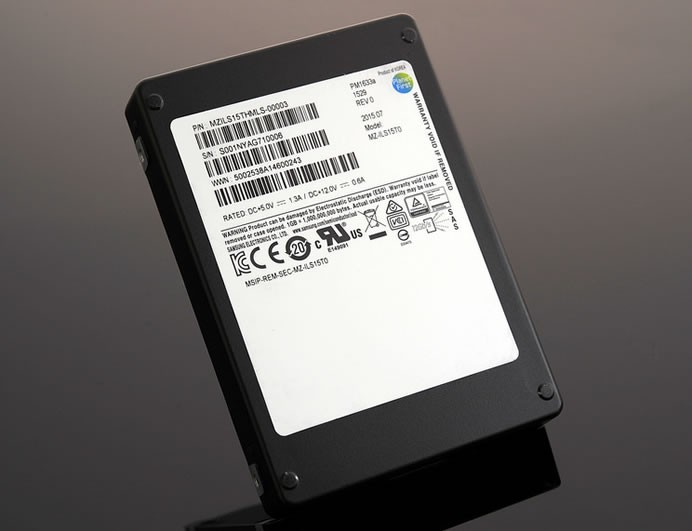 The unprecedented 15.36TB of data storage on a single SSD is enabled by combining 512 of Samsung’s 256Gb V-NAND memory chips. The 256Gb dies are stacked in 16 layers to form a single 512GB package, with a total of 32 NAND flash packages in the 15.36TB drive. Inside the new SSD lie Samsung’s advanced controller units that support the 12Gb/s SAS interface, along with a total of 16GB of DRAM. The 15.36TB PM1633a drive supports 1 DWPD (drive writes per day), which means 15.36TB of data can be written every day on this single drive without failure. This drive can write from two to ten times as much data as typical SATA SSDs based on planar MLC and TLC NAND flash technologies. 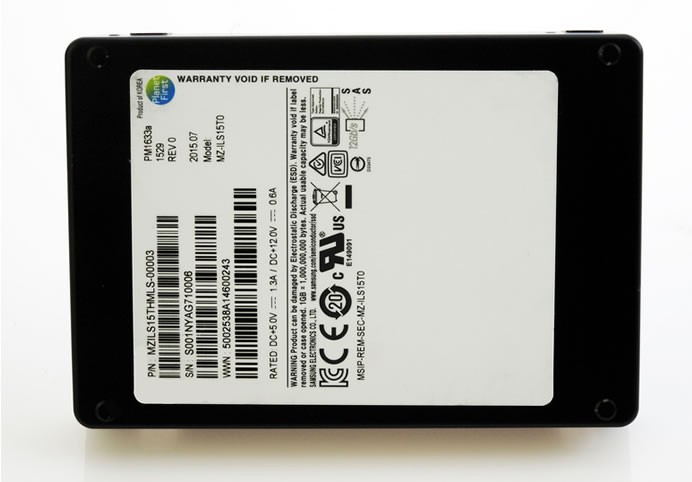 The 15.36TB PM1633a drive boasts a highly dependable metadata protection mechanism in addition to featuring a data protection and restoration software tool in case of a momentary blackout, which make enterprise systems more stable and manageable. Samsung’s new PM1633a SSD provides the opportunity for significant improvements in the efficiency of IT system investments through its high storage capacity and exceptional performance. Starting with the 15.36TB density, Samsung will provide a wide range of capacity options in its PM1633a SSD line-up – 7.68TB, 3.84TB, 1.92TB, 960-gigabyte (GB) and 480GB later this year.