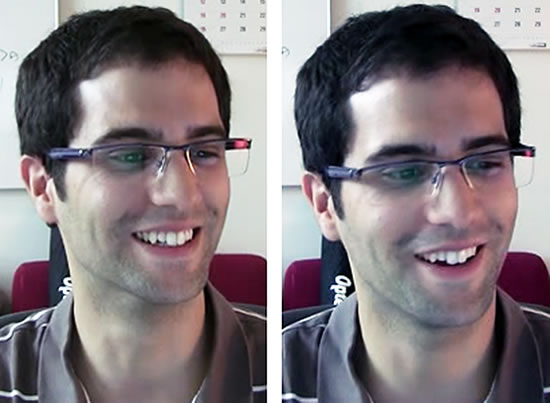 Do you smile when you’re frustrated? Most people think they don’t — but they actually do, a new study from MIT has found. What’s more, it turns out that computers programmed with the latest information from this research do a better job of differentiating smiles of delight and frustration than human observers do. The research could pave the way for computers that better assess the emotional states of their users and respond accordingly. It could also help train those who have difficulty interpreting expressions, such as people with autism, to more accurately gauge the expressions they see.


In experiments conducted at the Media Lab, people were first asked to act out expressions of delight or frustration, as webcams recorded their expressions. Then, they were either asked to fill out an online form designed to cause frustration or invited to watch a video designed to elicit a delighted response — also while being recorded. The work was supported by Media Lab consortium sponsors and by Procter & Gamble.