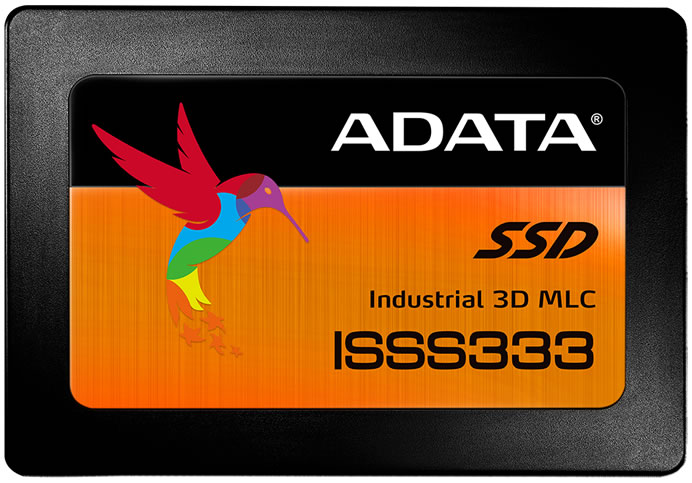 From the controller to the PCB and materials used in connectors, the ADATA industrial-grade ISSS333 solid state drives are built for harsh environments and rough use. They can handle temperatures from -40 to 90 degrees Celsius (MLC). All models pass 20G vibration resistance and 1500G/0.5ms shock resistance testing, and are designed to work in relative humidity conditions as extreme as 5% to 95%.

The ISSS333 range maximizes SATA 6Gbps performance. The maximum read/write speed is up to 560/530MB per second. In terms of lifespan, all models boast an MTBF (mean time between failures) rating of 2 million hours. The use of 3D NAND ensures improved reliability and efficiency compared to older 2D NAND, with the MLC models ranging in capacity from 120GB to 1TB while TLC ISSS333 drives ship in 128GB to 1TB.