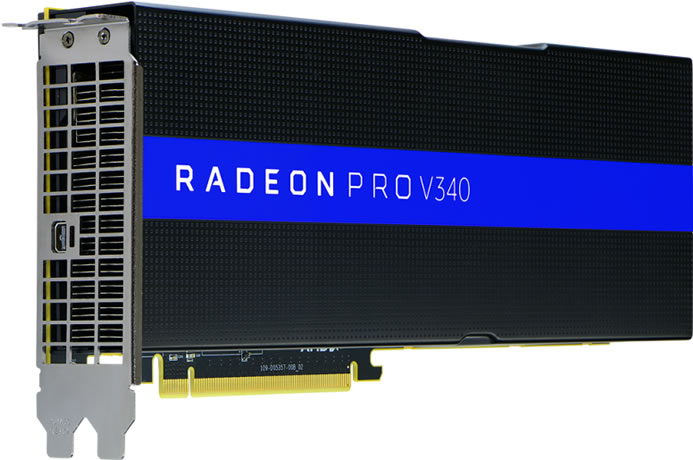 The AMD Radeon Pro V340 graphics card is enabled by AMD MxGPU Technology, the industry’s only hardware-based GPU virtualization solution, which is based on the industry-standard SR-IOV (Single Root I/O Virtualization) technology. With MxGPU technology at its core, this hardware-based virtualized graphics solution provides high levels of predictable performance, enhanced security and support for up to 32 VMs per card. IT managers will also like the fact that this MxGPU solution is easy to set up and manage. Unlike other GPUs, the V340 delivers GPU virtualization to end users without end user licenses, providing enterprises with a lower cost per user.