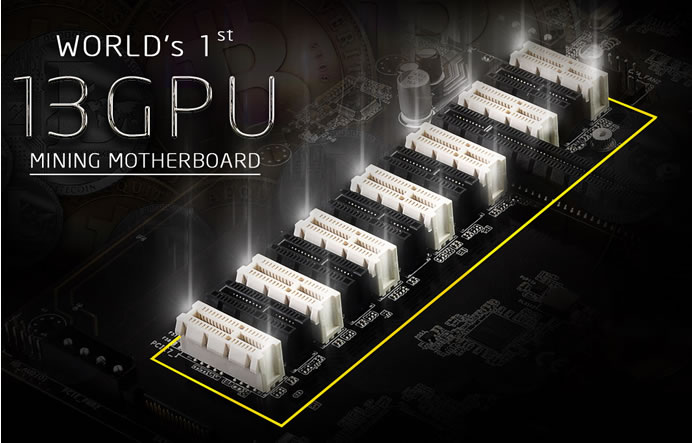 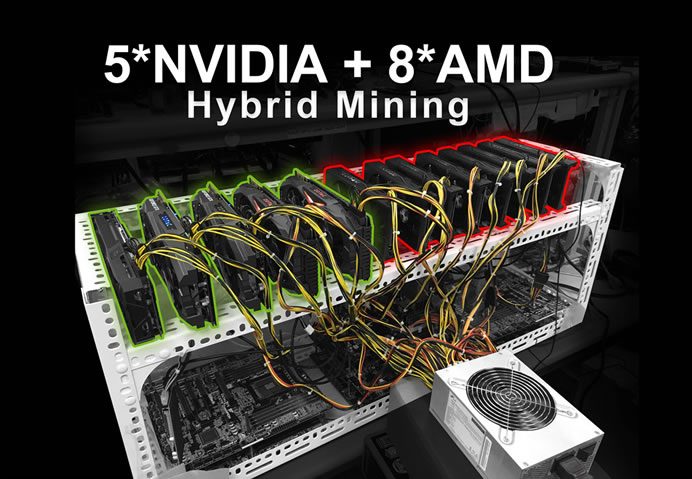 The board comes with many miner friendly features and even supports NVIDIA+AMD 13 GPU Hybrid mining. ASRock mining motherboards has always been the top choice for miners. ASRock H110 Pro BTC+ comes with many crucial features such as onboard power on/reset button which is a must for open frame mining; it also equipped with Intel gigabit Lan for best performance and enhanced stability. Power delivery is also important for 24/7 none stop mining, that’s why ASRock has adopted 8 phase power design for CPU Vcore to sustain system stability. 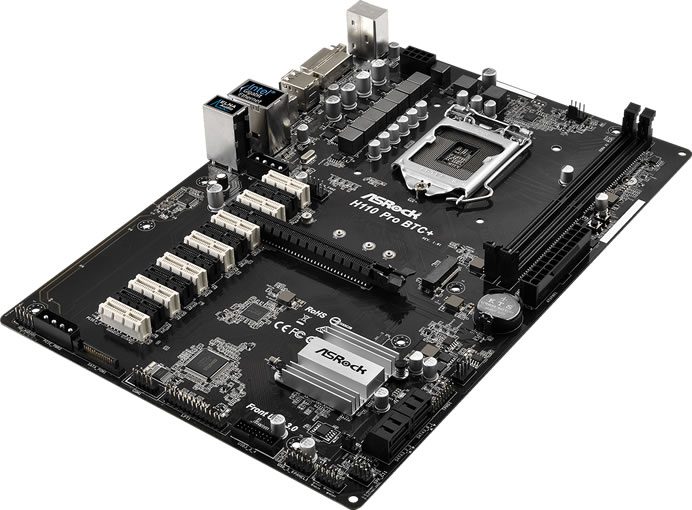 To ensure H110 Pro BTC+ is fully compatible with professional mining operating system, ASRock has been secretly cooperating with one of the best Linux based mining system ethOS, ethOS is able to mine Ethereum, Zcash, Monero, and other GPU-minable coins with all 13 AMD graphic cards, a big advantage compares to other competitor which can only run 8 or less AMD graphic cards under Win10.

This motherboard is specifically designed for mining, the revolutionary digital crypto-currency that may be used anywhere in the world. The abundant onboard PCIe slots guarantee fast Crypto mining, while the additional power connectors provide advanced system stability while mining.With the huge popularity of cryptocurrency mining, ASRock H110 Pro BTC+ is the ideal motherboard to serve mining users and show how to mine cryptocurrencies and earn Bitcoin efficiently. ASRock H110 Pro BTC+ will hit the market very shortly. 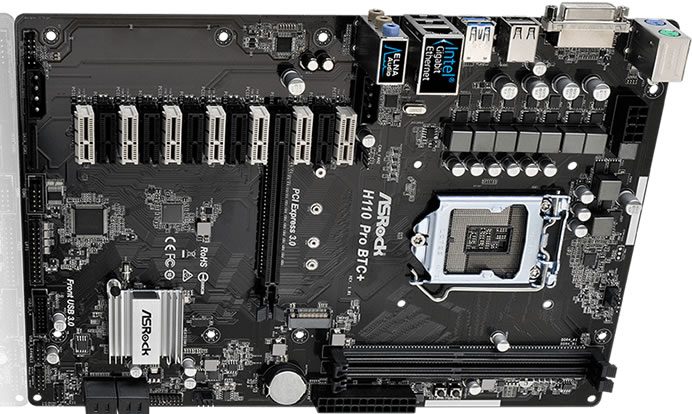