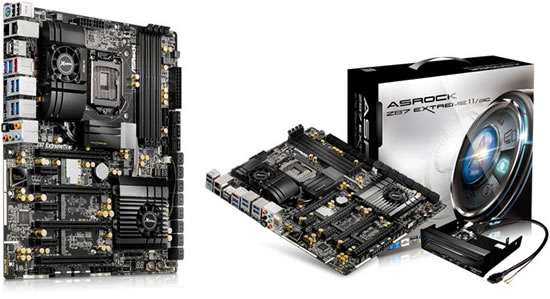 Amid the heaps of Z87 chipset motherboards which have already been around for a while, there can only be one that rises from the top with its delicacy and perfection. The long wait has ended, here comes the king of all Intel 8 Series motherboards. All hail ASRock Z87 Extreme11/ac, the most high end Z87 motherboard on the face of earth! Using out of the world to describe ASRock’s flagship motherboard Z87 Extreme11/ac is actually an understatement. This motherboard boasts a whopping 22 SATA3 ports, including 6 SATA3 ports by Intel Z87 chipset, and another 16 SAS-3 12.0 Gb/s ports from the added LSI SAS 3008 Controller plus 3X24R Expander, which can reach up to an unearthly 6.1 GB/s transfer speed!

Graphics aficionados shall also be overjoyed by the fact that ASRock Z87 Extreme11/ac in no way lacks VGA connectivity! Enhanced with a PLX PEX 8747 chip, it is capable of supporting 4-Way CrossFireX and 4-Way SLI with its solid PCIe 3.0 slots at x8/x8/x8/x8 mode to deliver mind blowing visuals. 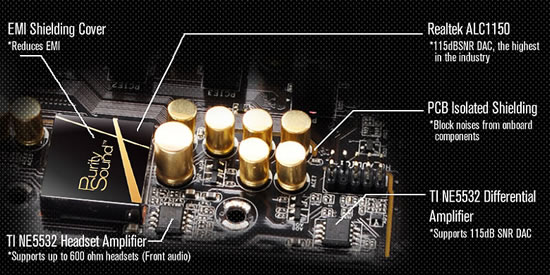 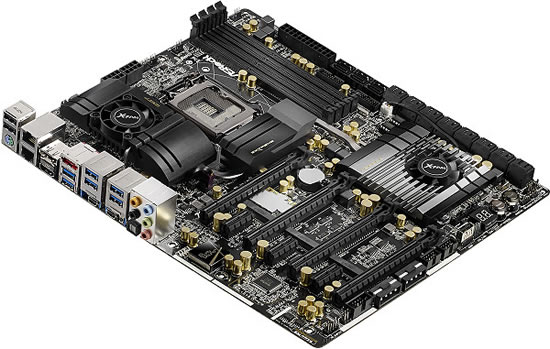