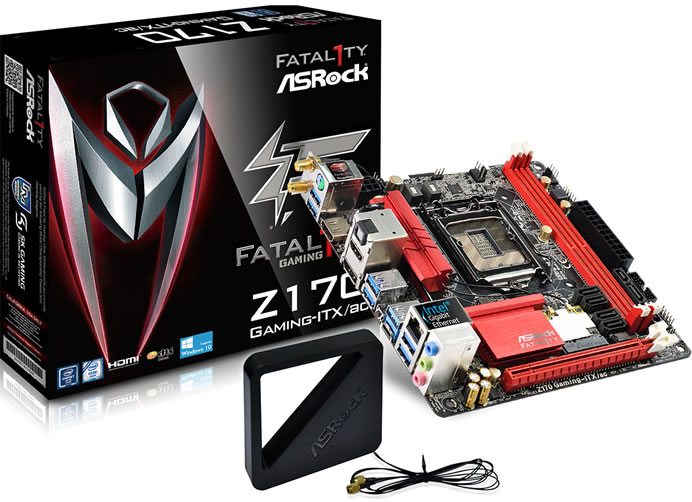 There is perhaps no other Intel 100 series mini-ITX motherboard that is able to compete with ASRock Z170 Gaming-ITX/ac. ASRock Z170 Gaming-ITX/ac is built on an eight layer PCB and adopts an eight power phase design. This ultimately leads to better performance, which is further amplified by the rest of the Super Alloy and Gaming Armor design, such as the Premium 60A Power Chokes, Dual-Stack MOSFET, Nichicon 12K Platinum Capacitors, Hi-Density Power Connector, 15μ gold contacts and Digi Power. It’s stable, power efficient and most of all, powerful. This compact gaming motherboard from ASRock simply dominates the 100 series featherweight division, no matter whether it’s head to head on specifications, features or performance. 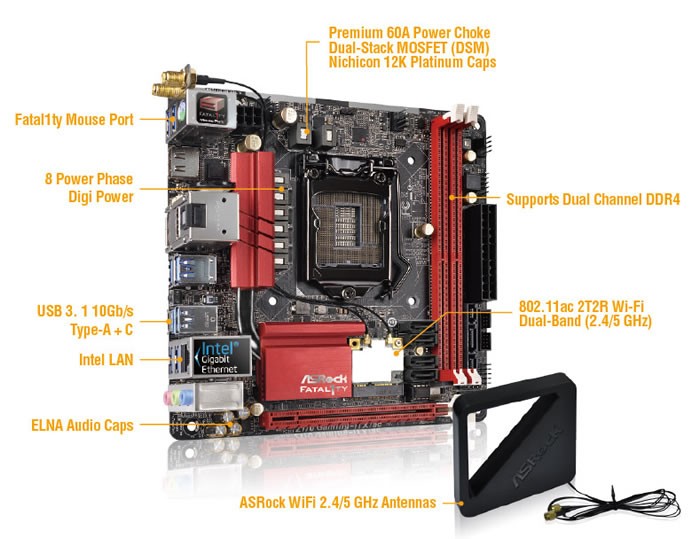 One of the notable features of ASRock Z170 Gaming-ITX/ac motherboard is the graphics output. There are two HDMI ports and a DisplayPort built on the rear i/o, while one of the HDMI ports has an additional chip to support the latest version of HDMI and HDCP. Meaning that it has the ability to playback videos or games in 4K resolution at 60 herzt using the onboard Intel HD Graphics! So either you’re planning to game with a graphics card or just settle with the onboard graphics, ASRock Z170 Gaming-ITX/ac is your best choice for a petite gaming rig. 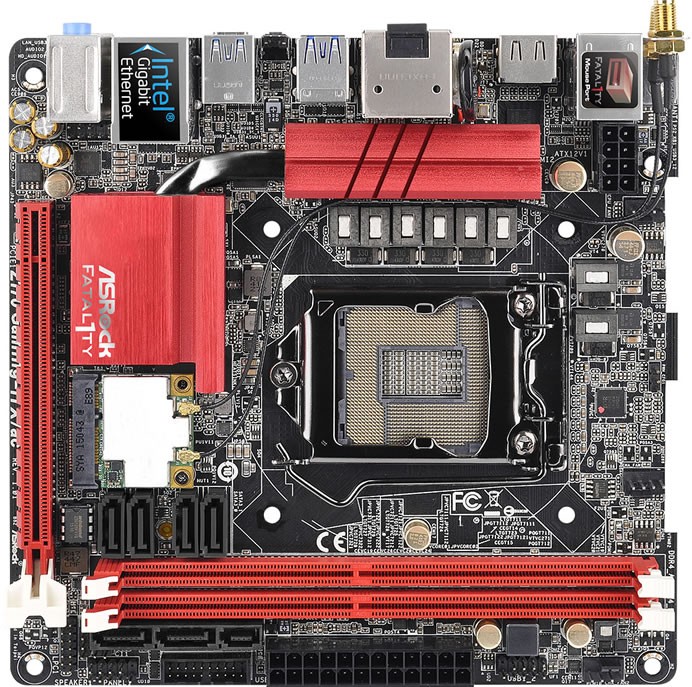