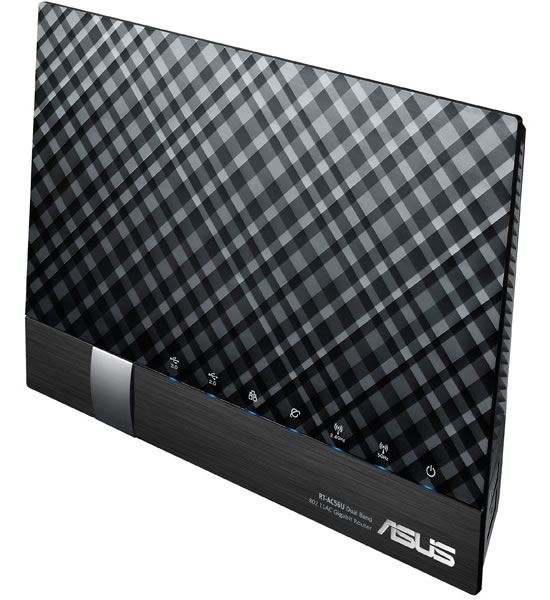 Asus today announced the RT-AC56U concurrent dual-band router, which supports new-generation 802.11ac Wi-Fi. It uses a dual-core 800MHz processor and 256MB onboard DDR3 memory to ensure strong performance in 2.4GHz and 5GHz bands. Powerful hardware translates into 867Mbit/s on 5GHz and 300Mbit/s via 2.4GHz, or a total of 1167Mbit/s as the two frequencies can work simultaneously. Exclusive Asus AiRadar technology intelligently strengthens connections based on the number of devices linked to the RT-AC56U and their position relative to the router. High-powered transmission amplification and beam packaging optimize signal stability and delivery in any direction. 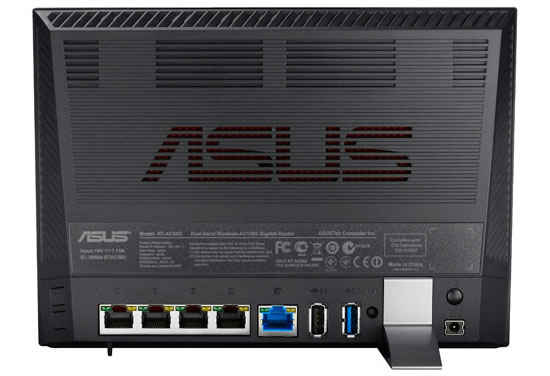 Compared to similar routers that do not feature Asus AiRadar, the RT-AC56U extends Wi-Fi coverage by up to 150%, making it a good choice for larger homes and offices. The RT-AC56U includes one USB 3.0 port and one USB 2.0 port, the former working up to ten times faster than the latter. Customers can easily turn the router into a file, printer, or 3G/4G server thanks to its USB connectivity, and share data and resources for greater efficiency. USB 3.0 delivers high speed file sharing and HD content streaming from router-connected devices. The Asus AiCloud app works with the RT-AC56U, allowing customers to access the router from wherever internet is available using Android and iOS smart devices. Bundled Download Master software allows for downloads to continue directly to connected USB storage from the RT-AC56U even when all associated PCs are powered off.