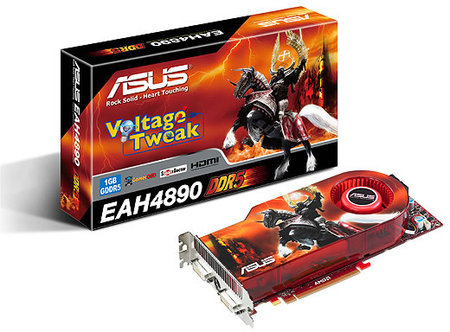 Asus EAH4890 Series is the world’s first graphics cards to utilize Voltage Tweak technology. With this innovation, users will be able to boost GPU voltages via the SmartDoctor application and enjoy up to an amazing 15% in performance improvement. Equipped with the Voltage Tweak technology and SmartDoctor application, the Asus EAH4890/HTDI/1GD5 raises GPU voltages from 1.312V to 1.4V, allowing GPU and memory clock performances to be boosted from 850MHz to 950MHz and 3900MHz to 4600MHz respectively. Such unprecedented performance upgrades help raise the EAH4890’s 3DMark Vantage Extreme Preset score from 4612 to 5300—an unbelievable 15% speed improvement when compared to any other reference designed board. 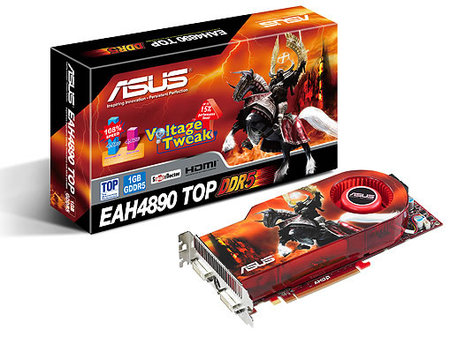 The Asus EAH4890 Series also incorporates the ATI Stream technology, which utilizes the massive parallel processing power of AMD graphics processors to deliver new capabilities that go beyond the traditional usage scenarios of graphics rendering and video processing. Gamers can now feel the adrenaline rush afforded by true-to-life graphics performance, only with the AsusEAH4890 Series.