Asus today announced the first shipments of the Asus Eee Pad Transformer, the best tablet choice for users looking for both media consumption and mobile productivity. Featuring an expandable keyboard docking station and combined battery life of up to 16 hours, the Transformer is running the new Android 3.0 operating system, Honeycomb.Powered by the NVidia Tegra 2 dual-core processor, the Asus Transformer browses the web at blazing speeds, providing a snappier response time and better performance when multi-tasking.

An IPS Panel made from durable and scratch-resistant glass is viewable at angles up to 178°, and produces a crisper and more accurate color range by up to 50% when compared to other tablets in the market. Built-in SRS Sound technology provides a dynamic 3D stereo audio experience, with maximum bass response and a wide sound field from the discrete speakers housed in the 12.98mm thick frame that weighs only 680g. 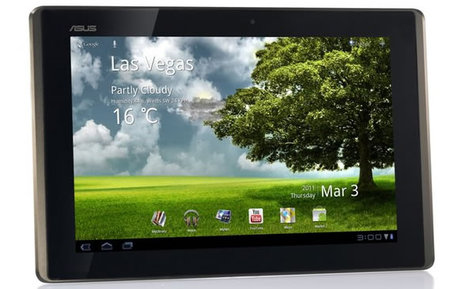 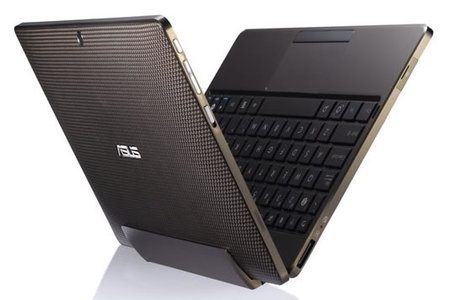 A touchpad, 3.5mm audio jack, two USB ports as well as a built-in SD Card reader for easy file sharing and storage expandability makes the Transformer a versatile media hub. A 5MP rear- and 1.2MP front-facing cameras can shoot and record video, which can be played back in video on HDTVs via a mini HDMI output port, making it a true mobile entertainment device. Combining Honeycomb with Asus’ intuitive Waveshare user interface and the most powerful hardware features available makes the Transformer an exciting portable device supporting both office work and social communication.