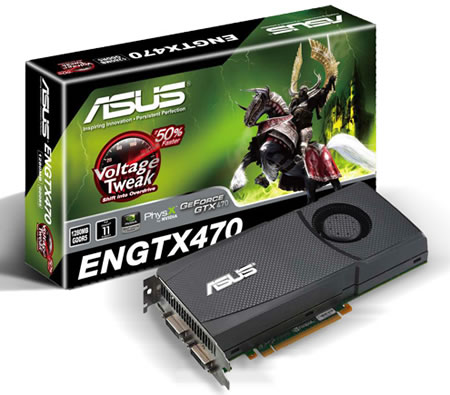 The new graphics cards from Asus deliver all the benefits of the debuting 40nm Nvidia GPUs, possessing considerable power improvements compared to their predecessors. The new graphics cards from Asus come in two varieties in the initial launch. The flagship Asus ENGTX480 uses the GTX480 core with 1401 stream processors and a 384-bit memory interface. This is a frontline extreme performance board with a 700MHz core clock and 1536MB of 3696MHz GDDR5 memory. 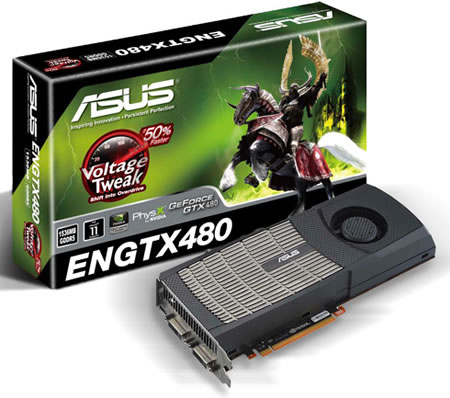 The two new graphics cards from Asus offer Nvidia Cuda and DirectCompute parallel processing, whereby their great power can be harnessed in general computing – boosting the overall performance of the entire system even in non-graphics applications. Also on board is the exciting Nvidia 3D Vision technology, part of the new move towards genuine 3D gaming at the home.