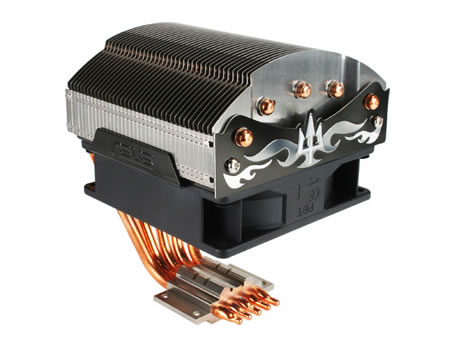 The new Triton Series CPU Coolers –Triton 77 from Asus incorporates innovative features that include the up-way air flow technology, high-density fins, dynamic fan speed control and pure copper heat pipes to deliver efficient heat dissipation for the latest quad-core processors. With its lightweight and compact cooler size, the Asus Triton 77 is also compatible with a wide range of motherboards and chassis. The Triton 77 provides up to 15% enhanced cooling efficiency by rapidly transferring heat directly from the CPU and dissipating it out from the chassis with the case fan. Additionally, it also carries the heat produced by the VRM (Voltage regulation modules) surrounding the CPU to reduce their temperature by 10-15˚C for system reliability and stability.