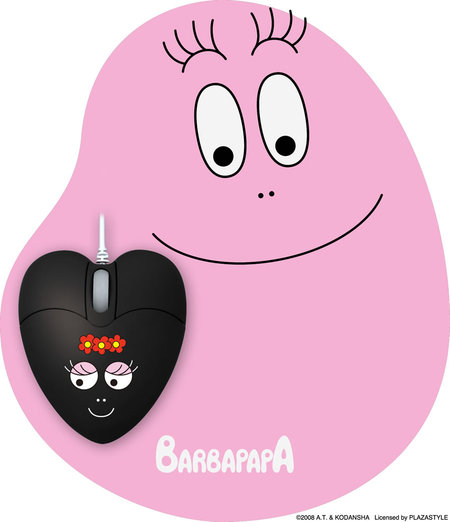 Green House has launched the Barbapapa optical USB mouse and mouse pad. The 800dpi USB mouse comes in two colors with matching mouse pad. Barbapapa is both the title character, and name of the “species” of said character, of a series of children’s books written in the 1970s by Annette Tison and Talus Taylor, who resided in Paris, France. Barbapapa himself is a generally pear-shaped, pink shapeshifting blob-like creature who stumbles upon the human world and tries to fit in. The shapeshifting is usually accompanied by the saying “Clickety Click—Barba Trick” (in the French version “Hup Hup Hup, Barbatruc”). After various amusing adventures, he comes across a female of his species (more shapely, and black-coloured), named Barbamama. They produce seven children, known as the Barbababies, each a different colour. 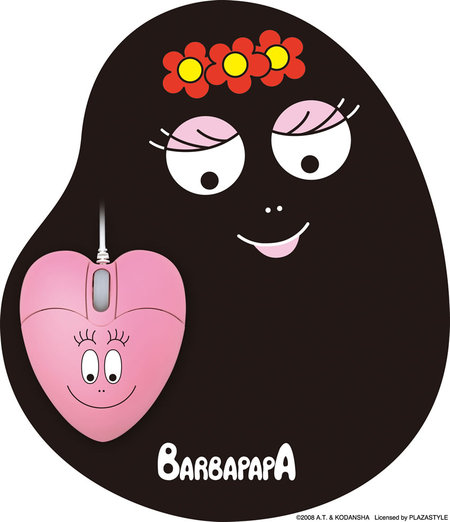 The Barbapapa USB mouse measures 80×69.6×28 mm and weighs approximately 60 g. The mouse and pad is available for approximately 2,480 yen ($24) direct from Green House