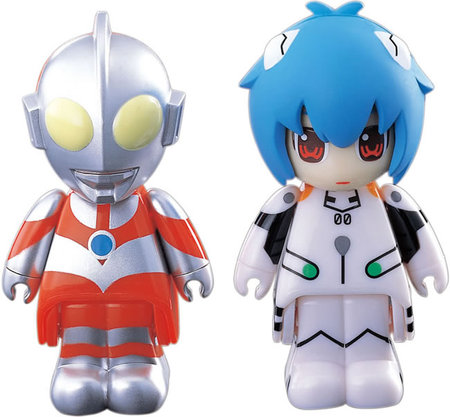 Buffalo and Bandai has launched a special set of USB flash drives for all the Ultra Man and Rei Ayanami fans in Japan. The Rei Ayanami 2GB flash drive with movable legs makes a perfect companion for your notebooks. Ultra man with sitting on a sofa posture comes with an extension USB cable to connect to the PC.
Ultra Man is a very popular super hero in Japanese fiction. This fictional superhero features in many tokusatsu (special effects) television programs. The Ultra Man show, produced by Tsuburaya Productions, was broadcasted on Tokyo Broadcasting System (TBS) from July 17, 1966 to April 9, 1967. Rei Ayanami is a fictional character from the Neon Genesis Evangel ion franchise. She is the First Child (First Children in the Japanese version) and pilot of the Evangel ion Unit 00. 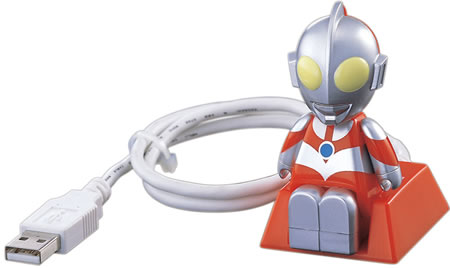