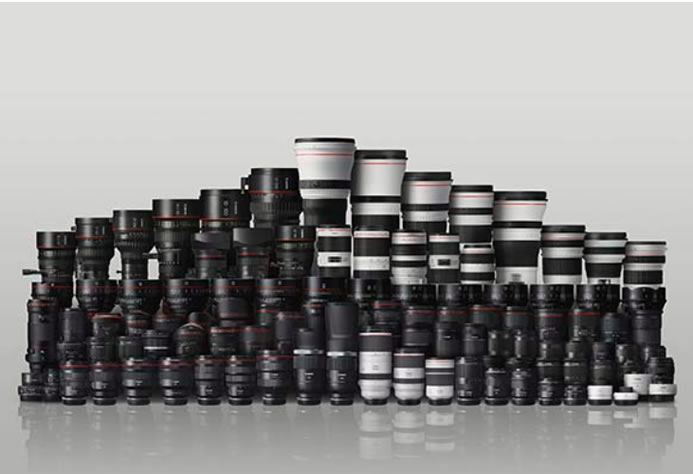 Canon announced today the achievement of a new lens-manufacturing milestone with the production on January, 2021, of the Company’s 150-millionth RF and EF1 series interchangeable lens for EOS cameras—an RF70-200mm F2.8 L IS USM telephoto zoom lens (released in November 2019). Canon EF lens production passed the 10-million-unit mark in 1995 and crossed the 50-million-unit threshold in 2009.

Canon’s proprietary EF lenses, launched in March 1987 along with the EOS SLR camera system, have continued to evolve since their introduction, leading the industry through the incorporation of a wide range of innovative technologies, including such world’s firsts3 as the Ultrasonic Motor (USM), Image Stabilizer (IS) technology, and a multilayered Diffractive Optical (DO) element.