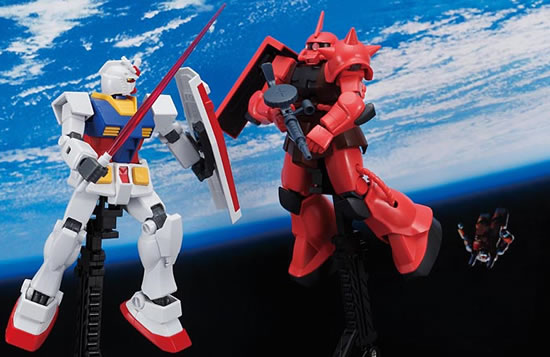 In collaboration with Gundam SOTSU Sunrise, Canon today announced in Japan the MFP PIXUS MG7130 Gundam printer. Canon will sell directly 500 pieces of this printer in Japan on September 27 for approximately 29,800 yen ($305). The red color printer with GFT Bandai decal seal comes in a special packing designed by Bandal. The printing speed is compliant with the commercial MG7130 printer. Main specifications of the scanner unit, sensor CIS, resolution 2,400 × 4,800 dpi, the output tone is 24bit, A4 / letter supported media.

Canon will launch a special site dedicated to the PIXUS MG7130 on the same day it is launched in Japan. The site will provide details about printing postcards with the theme of Gundam and contents for Diorama background.