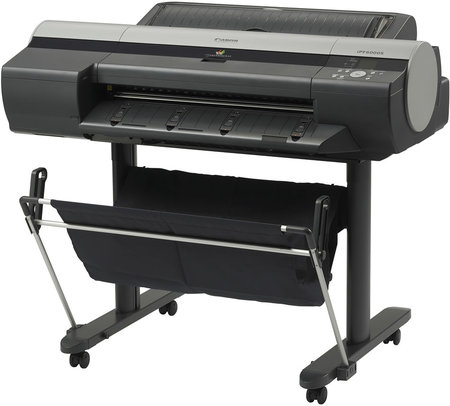 The Canon iPF6000S can finish an A1 (23.6 inches x 33.1inches)-sized print on glossy photographic paper at 2400 x 1200 dots-per-inch (dpi) in the high-quality print mode within 4 minutes. Using LUCIA pigment ink and microscopic four picoliter droplets, the iPF6000S produces high-quality, vivid photographic images at notably high speeds. The Canon imagePROGRAF iPF6000S printer is available with manufacturer’s suggested retail price (MSRP) of $3,295, including a stand and a basket. PosterArtist 2008 is an additional option, available at an MSRP of $799