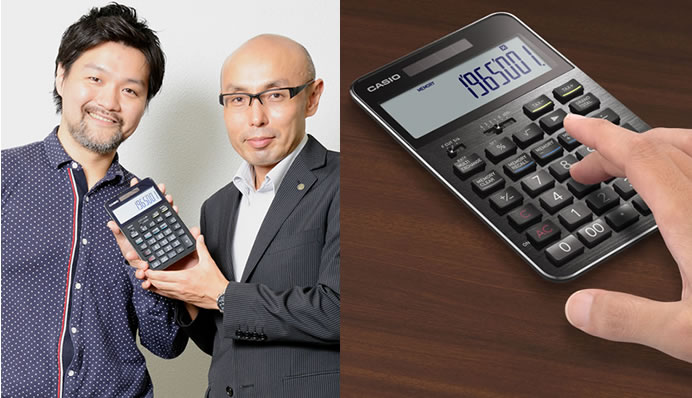 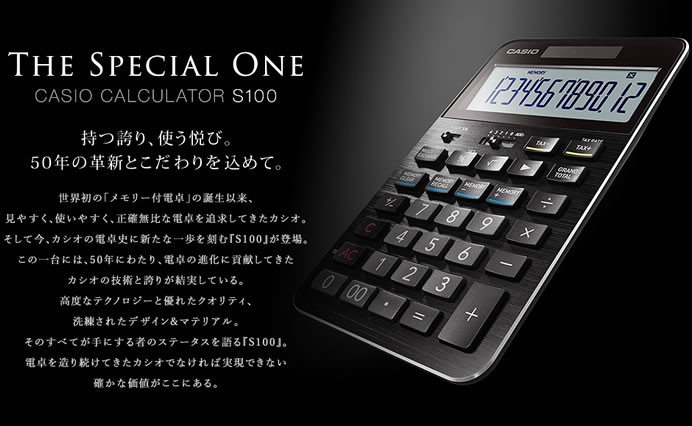 Casio used industry’s first V-shaped gear link slim isolation keys for the keys of the S100. With the V-shaped gear link structure, the keys do not tilt no matter which part is pressed by a finger. In addition, with isolation keys, which have enough gaps in between, Casio made typing easy. Furthermore, the numbers on the keys are not printed but realized by two-color molding. As a result, the numbers will not be erased even after a long period of use.

For the display part, Casio used the industry’s first display window with a double-sided antireflection coating to reduce light reflection. In addition it employed a high-contrast FSTN LCD to realize a high visibility. Casio employed an aluminum alloy as a material for the casing. And alumite treatment, which increases corrosion resistance, and a hairline finish, which improves texture quality, was applied to its surface. Casio applied diamond cut treatment, which adds luster, to the periphery of the casing and spinning pattern, which shines, to the selectors used for the settings of omission and round-off. The expected market price of the S100 is ¥27,000 (approx US$225, excluding tax).