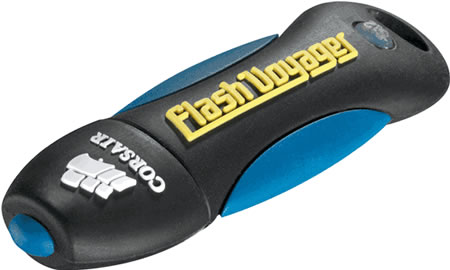 The Corsair Flash Voyager GT USB drives are available in 2GB, 4GB and 8GB capacities. The introductory MSRP for the three capacities are: $29.99 (2GB), $59.99 (4GB) and $119.99 (8GB). Each drive is bundled with a lanyard, security software/driver mini CD, and USB extension cable.