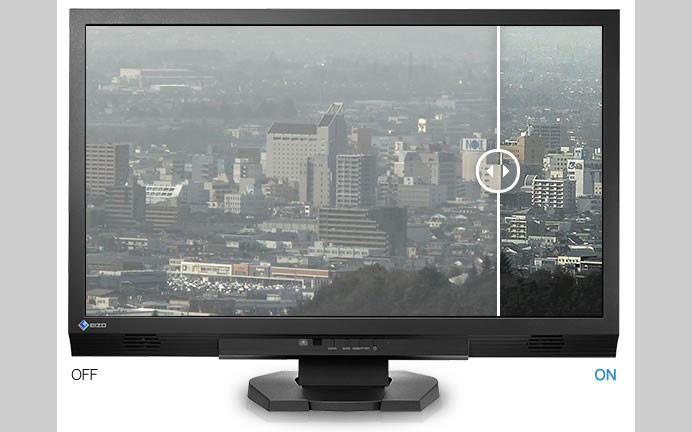 The Defog function enhances images that are affected by fog, snow, or other environmental factors that cause the video to appear hazy and unclear. Low-Light Correction detects areas of the screen that are dark and difficult to see and adjusts the brightness of each pixel. This reproduces highly visibly images by brightening dark areas and keeping lighter areas from becoming washed out. 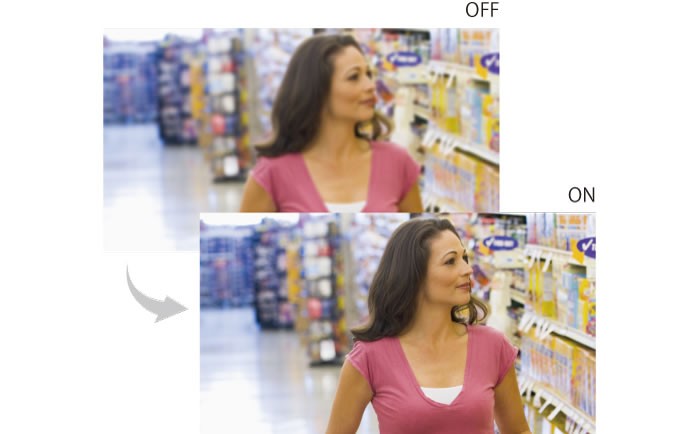 The Outline Enhancer function analyzes the displayed content and ensures that noise is not accentuated while correcting blurred areas for sharper, crisper images. For images with a great deal of depth, it sharpens the foreground more strongly to maintain a real-world sense of focus. For environments where the monitor is placed above eye level, the DuraVision FDF2306W includes an Up View function that minimizes the washing out of colors that may occur from viewing an LCD screen from below. The DuraVision FDF2306W will be available from the end of July 2015. Date of availability varies by country.