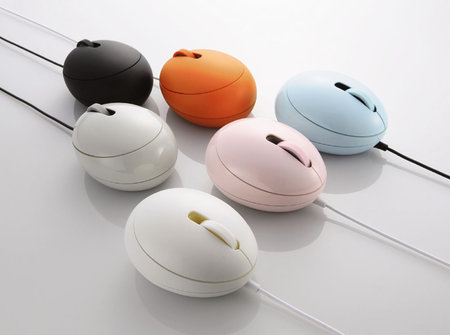 Elecom launched the first egg mouse in the late 1980s when Windows 95 was launched. At that time there was no specific design for a mouse. Eleco launched its first egg mouse at that time.To commemorate the 20th anniversary of the birth of egg mouse, Elecom has launched a more sophisticated three button optical mouse in the shape of an egg. The Elecom egg mouse is available in six colors- white, grey, blue, orange, black and of course pink. The egg mouse with its glossy finish, familiar hand friendly design is well suited for women also.