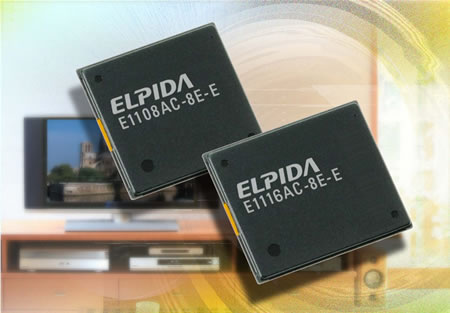 Production of Elpida DDR2 SDRAM using 70nm processing has already started, and the first product shipments are expected to begin in the first quarter of 2007.