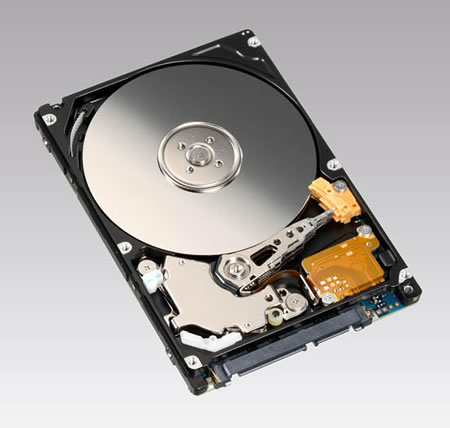 Fujitsu today announced the development of the MHZ2 BH series of 2.5″ hard disk drives with a maximum capacity of 320 GB (among the highest in the industry). The Fujitsu MHZ2 BH series delivers transfer speeds of up to 300MB per second. The series is designed primarily for use in compact desktop PCs, notebook PCs, and consumer electronics products, such as HDD recorders.

Supporting Serial ATA3.0Gb/s interface, the new Fujitsu series achieves the world’s lowest levels of power consumption, operating at only 1.9 watts when reading or writing data. The Fujitsu MHZ2 BH series also conforms to the RoHS Directive limiting the use of certain hazardous substances. Sales of the new series will begin in February 2008.