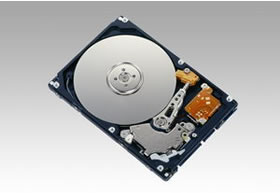 Primarily intended for AV and information appliances, markets that are expected to expand rapidly, this series features low-power consumption and a best-in-class acoustic noise level of 1.5 bels when idle. The series incorporate traditional longitudinal recording technology.