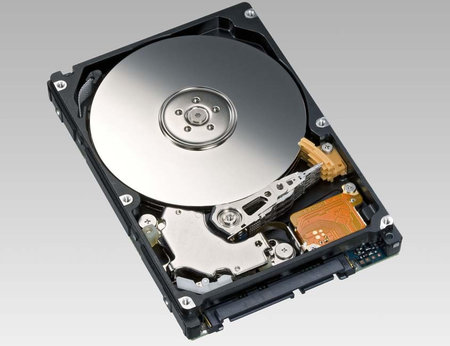 Fujitsu today announced the launch of its new series of MHZ2 BT 2.5″ hard disk drives with world-class capacity of up to 500 GB. The new Fujitsu series responds to the growing need for hard drives in the 2.5″ form factor that can handle high-volume storage for such products as digital video recorders and external hard drives. The Fujitsu MHZ2 BT series requires only 1.8 W of power for read and write operations, ranking it among the most power-efficient drives in its class.

The new Fujitsu series also supports the Serial ATA 3.0 GB/s interface for high-speed data transfers
Sales of the new series will begin at the end of May 2008.