Gigabyte announced that their On/Off Charge technology now enables fast charging of the new Apple iPad (3rd Generation) devices, as well as previous Apple devices, on a majority of Gigabyte motherboards, including soon-to-launch Gigabyte Z77 motherboards. A derivative of Gigabytes’s highly acclaimed 3x USB Power feature, On/Off Charge technology allows iPhone, iPad and iPod touch devices to draw more current from Gigabyte motherboard USB ports than standard USB ports allow, with the added benefit that the PC can be on, in standby mode or even off. Many mobile devices can be charged via a desktop PC’s USB ports as long as the system is connected to an active power source; however this is not the case with the iPhone, iPad and iPod Touch. 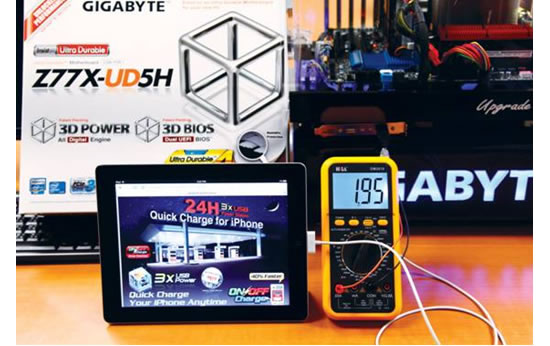