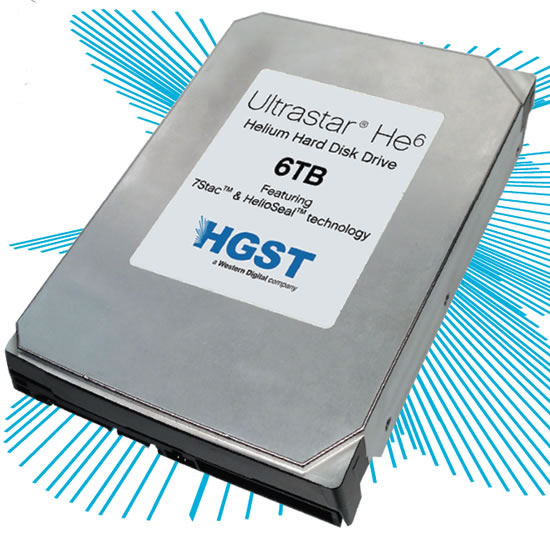 HGST today announced that it is shipping the world’s first hermetically sealed, helium hard drive, the Ultrastar He6 for massive scale-out environments. Why does helium make a difference? Helium has only one-seventh the density of air. Replacing air with helium inside a hard drive dramatically reduces the turbulence caused by the spinning disk, cuts power consumption and results in a lower temperature within the disk drive. The new Ultrastar He6 drive features HGST’s innovative 7Stac disk design with 6TB, making it the world’s highest capacity HDD with the best TCO for cloud storage, massive scale-out environments, disk-to-disk backup, and replicated or RAID environments. 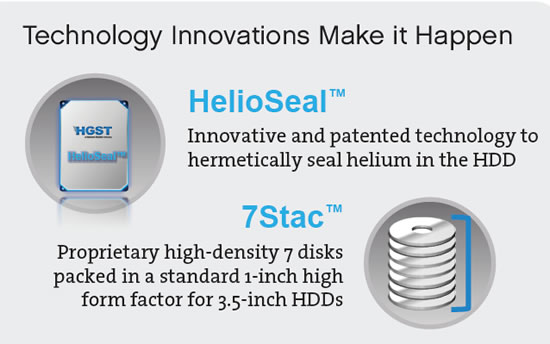 The reduction in turbulence for the spinning disk allows HGST to offer a seven-disk design in a traditional 3.5-inch form factor. In addition to being the world’s first helium-filled hard drive, HGST Ultrastar He6 is also the first hard drive in the industry to offer a 6 terabyte1 capacity. The amount of data that companies need to store is growing exponentially, but IT budgets remain flat. With 6TB, a low 5.3 idle watts, a reduced weight of 640g, and running at 4-5°C cooler, the new Ultrastar He6 lowers data center TCO on virtually every level.