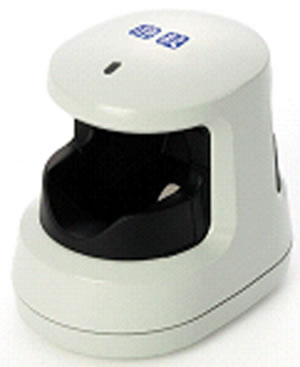 HitachiSoft will begin marketing a more compact and lower-priced model of its finger vein authentication device that uses vein patterns in the finger to identify users- Johmon J300. Hitachi Soft will also launch AUthentiGate 02-00, a new functionally improved version of the authentication monitoring system that allows vein patterns in the finger to be monitored through an integrated network of servers. Johmon J300 represents a reduction in area and mass of around 40% compared with its predecessor and costs 75% less that the previous model while maintaining the highest level of authentication accuracy. The authentication monitoring system AUthentiGate 02-00 is compatible with a server layer structure designed for large-scale operating environments with links to an Active Directory and an identification server installed in each base.