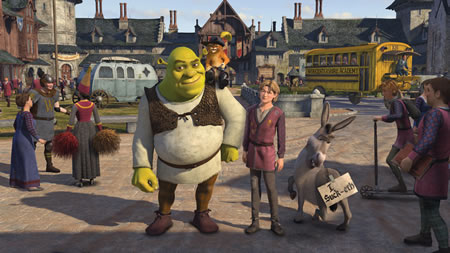 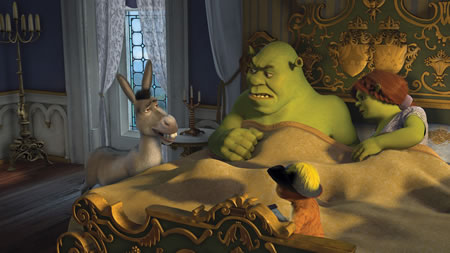 In this latest chapter of “Shrek,” King Harold, Shrek’s new father-in-law, falls ill, leaving Shrek and Fiona to become the next rightful heirs to the throne of Far, Far Away. Unwilling to forego his beloved swamp, Shrek recruits Donkey and Puss in Boots to find Fiona’s rebellious cousin, Artie, and install him as the new king. As the story unfolds, Shrek and pals embark on an adventure through magical lands.