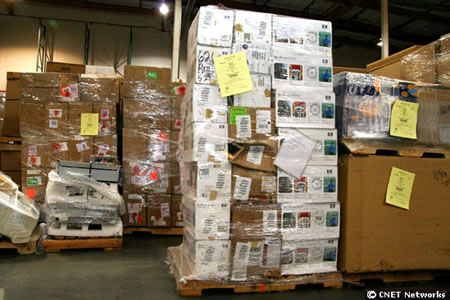 HP recycled hardware more than double the weight of Titanic globally in 2007!

HP today announced it recycled nearly 250 million pounds of hardware and print cartridges globally in its fiscal year 2007 – an increase of approximately 50 percent over the previous year and the equivalent of more than double the weight of the Titanic.HP also reused 65 million pounds of hardware to be refurbished for resale or donation, increasing its annual reuse rate by 30 percent.