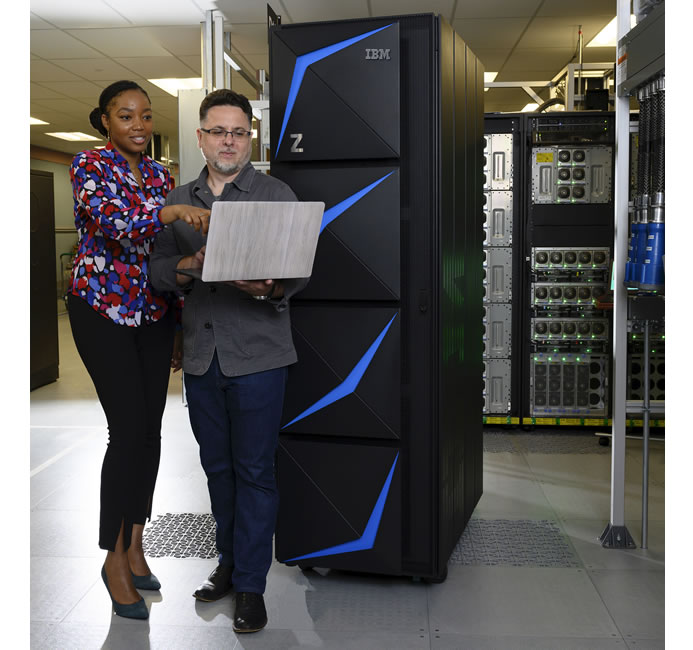 IBM today announced IBM z15, a new enterprise platform delivering the ability to manage the privacy of customer data across hybrid multicloud environments. With z15, clients can manage who gets access to data via policy-based controls, with an industry-first capability to revoke access to data across the hybrid cloud. IBM z15 can process up to 1 trillion web transactions a day and Process up to one trillion web transactions a day5, support massive databases, and scale-out to 2.4 million Linux containers in a single z15 system — up to 2.3 times more Linux containers per core on a z15 LPAR versus a compared bare-metal x86 platform, running an identical web server load. IBM z15 features new cloud-native development tools and instant recovery technology to optimize resiliency.

The movement of data between partners and third parties is often the root cause of data breaches. In fact, 60 percent of businesses reported they suffered a data breach caused by a vendor or third party in 20181. With the growing adoption of hybrid multicloud environments, the importance of maintaining data security and privacy only grows more acute and challenging.

READ  Apple and Its Interesting Line of Security Features For You

The IBM z15 culminates four years of development with over 3,000 IBM Z patents issued or in process and represents collaboration with input from over 100 companies.