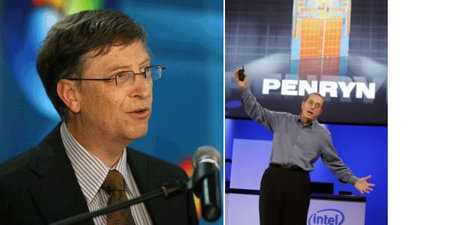 Intel and Microsoft will develop parallel computing that allows computers to run faster by dividing tasks over multiple microprocessors instead of using a single processor to perform one task at a time, media reported Wednesday. The two companies committed 20 million U.S. dollars over the next five years to create research centers focused on parallel computing at two U.S. universities, University of Illinois at Urbana-Champaign and University of California, Berkeley. The two schools will contribute 15 million dollars toward the research centers. Parallel computing has been hyped for years as the next big thing in technology, but the time has come, Microsoft, Intel and the universities said, to make it a reality.

The technology industry has been driven by the 1965 observation by Intel co-founder Gordon Moore for many years that the computing power of chips doubles roughly every two years, in what has become known as Moore’s Law. It could lead to major advances in robotics or software that could translate documents in real time in multiple languages, for example, or a digital personal health care assistant.