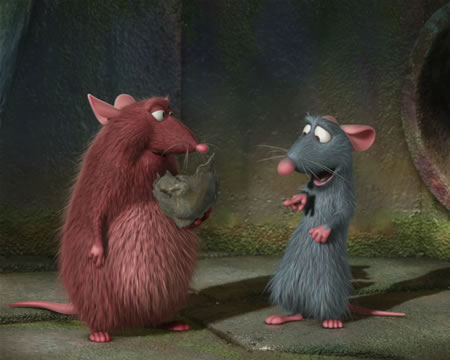 Intel Corporation joined forces with Walt Disney Pictures and Pixar Animation Studios on the animated-comedy, “Ratatouille,” which debuted in theaters on June 29 as the No. 1 movie in America.”Ratatouille” follows the adventures of a rat named Remy, who dreams of becoming a master chef in the culinary capital of Paris, boasts key breakthroughs in animation. The technology used to create and render the movie, Intel Xeon processors with Intel Core microarchitecture, helped build the emotional and visual excitement by delivering an experience packed with advances in computer graphics technology including ultra-realistic water scenes with river rapids, lifelike bubbles and book pages that literally “wilt” when turning the wet paper.

Intel-based computers have been a key technology ingredient in the digital media industry for more than 15 years, and for the first time the company is working hand-in-hand with Disney-Pixar* as a major promotional sponsor.