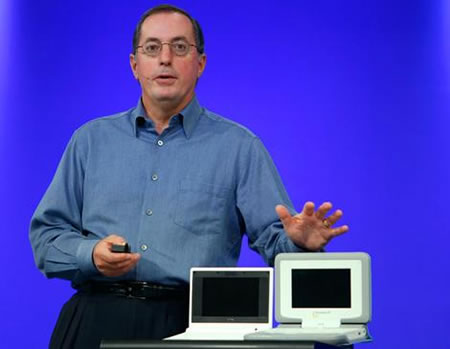 Intel is on the verge of making its biggest push yet into mobile consumer electronics, seeking to replicate its success in mobile personal devices, as well as personal computers long before that. In the first half of next year, Intel will deliver its Menlow platform, a collection of chips and other components to power so-called Mobile Internet Devices, or MIDs, said Anand Chandrasekher, head of Intel’s Ultra Mobility Group at the company’s twice-annual technical show, on Wednesday. MIDs are designed to deliver information to users of gadgets such as satellite-based navigators, rather than for entering data. Intel’s Menlow platform would consume 10 times less power than the first ultra mobile personal computers to hit the market. After Menlow, Intel is planning a subsequent platform code-named Moorestown, that would increase battery life exponentially by cutting the use of idle power, the company said.

In 2008 Intel will begin shipping its Montevina processor technology, based on its next-generation Penryn process, which will combine integrated Wi-Fi and WiMax wireless technologies.Intel is moving its technology to the 45-nanometer Penryn process from its current generation of 65-nanometre processors. Chips made with the new process will debut on November 12.At that level; more than 4 million transistors – the tiny switches that comprise computer chips – would fit into the period at the end of a sentence.