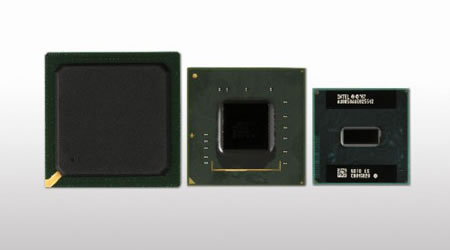 Intel on Tuesday rolled out its smallest ever processors, the Atom range, betting on an emerging market which it said could be as big as 10 billion U.S. dollars. Sean Maloney, General Manager of Intel’s sales and marketing group, showed off the new Atom N270 and Atom 230 processors at the Computex trade show in Taiwan. The chips are designed to power mobile Internet devices (MID), as well as ultra-small PCs, called Netbooks and Nettops.

Maloney said the market for smaller, low-cost personal computers, some of which can fit in one’s pocket, could be as big as 10 billion U.S. dollars, driven by demand from emerging and matured markets. Also at Computex on Tuesday, Intel unveiled new chip sets for desktop PCs. The Intel 4 Series chip sets, which include the G45, G43, P45 and P43, will be used with the 45nm Intel Core2 Duo and Intel Core2 Quad processors.