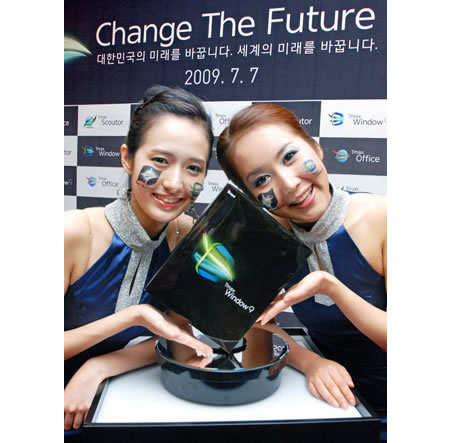 A Korean company TmaxSoft has dared to challenge Microsoft Windows virtual monopoly on the global computer operating systems market with the launch of Tmax Window. TmaxSoft launched Tmax Window in an attempt to create viable competition in the OS market. More than 300 researchers have developed the system over almost five years. TmaxSoft claims that Tmax Window has a high rate of compatibility with Microsoft software titles and the chairman of the company says the system is more stable and suitable for many users. Microsoft has been criticized for unfairly stifling competition by packaging its OS with its other software applications such as MS Office and Internet Explorer. Most of the people who attended the launching ceremony said that they will use Tmax Window instead of Microsoft’s product as long as it suits their needs.

Tmax plans to take 30 percent of MS Windows’ global market share by 2015. But it looks as though Tmax has a long road ahead to achieve that goal — a David and Goliath story of attempting to bring down giant Microsoft with its 30 year history of unrivaled dominance