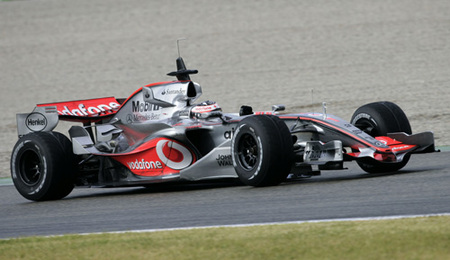 Lenovo and Vodafone McLaren Mercedes today announced a partnership ahead of the 2009 Formula 1 season. Lenovo notebook and desktop PCs will provide the team’s mission-critical computing solutions, both at the race track and at the team’s headquarters. Lenovo engineers and technology specialists have already begun to specify the mobile wireless computing technology required by the Formula 1 race team as well as the fast and demanding desktop computing needs of the pit garage and pit wall battle stations.

The partnership with Vodafone McLaren Mercedes provides a highly visible demonstration of Lenovo’s exceptional engineering as the corporation strengthens its position in the global marketplace.