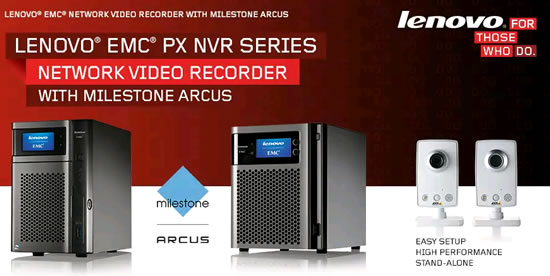 The new LenovoEMC NVRs are the first in the industry to feature Milestone Arcus , the newest video management software (VMS) from Milestone, the industry leader in open platform IP video management software. The new LenovoEMC NVRs are ideal for businesses with an existing network storage-based video surveillance network as well as those participating in the ongoing industry upgrade from analog-based surveillance systems.