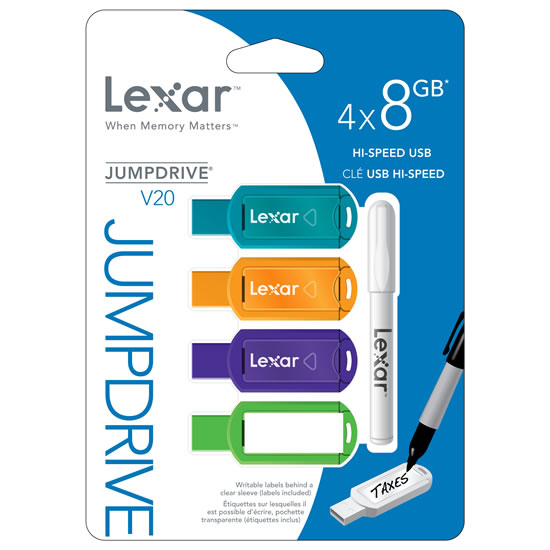 Lexar today announced the Lexar JumpDrive V20 USB multipack, a storage solution designed for users who need to stay organized. Many times, it’s hard to remember what is actually stored on a flash drive. The JumpDrive V20 takes the guessing out of the equation, letting users easily organize and archive important files. Lexar JumpDrive USB flash drives are compatible with PC and Macsystems.

Available in packs of two, three, or four, each drive comes with write-on labels (and a pen), and features a protective, clear cover so users can slide in and swap out labels as needed to keep stored files organized. Each drive also sports an LED activity light that blinks during data transfer, so you know when the job is complete. The JumpDrive V20 USB multipacks are available now for approximately $19.99 (two-pack), $29.99 (three-pack), and $39.99 (four-pack), and include a two-year limited warranty.