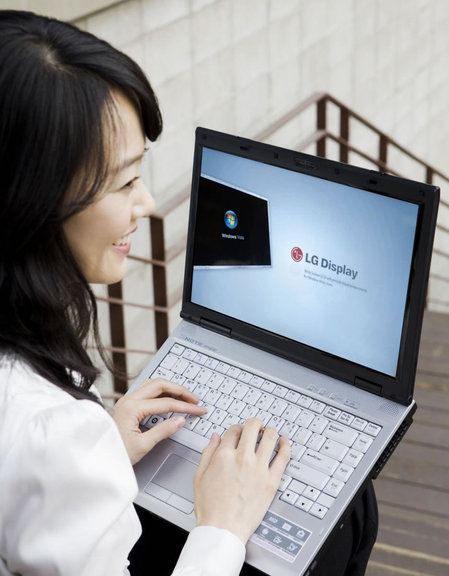 LG Display has developed a 14.1 inch LCD panel for notebook PC that is illuminated by sunlight instead of the backlight unit (a backlight unit is an illumination source used in LCDs. It is usually made up of several fluorescent lamps, a light guide reflectors, and brightness enhancing films) when used outdoors. This is the first LCD panel to allow users to easily switch from backlight use (transmissive mode) to outdoor reflective mode with the touch of a button. The display’s outdoor energy consumption falls to one fourth the level of indoor energy consumption, providing a significant increase in battery life.