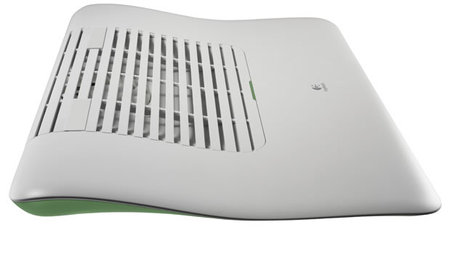 When you’re using your laptop on the couch or bed or at a desk with your favorite external keyboard and mouse, the Logitech Cooling Pad N100 improves airflow around your notebook. To help protect you from heat, the Cooling Pad N100 features a slotted surface, which allows the USB-powered fan to distribute air quietly and evenly. To create a steady, unobstructed airflow, the Logitech Cooling Pad N100 uses rear air intake, unlike other cooling pads, which generate airflow from angles that are easily blocked by the laptop itself or loose articles of clothing. The enclosed, durable construction protects the internal fan from dust and damage.