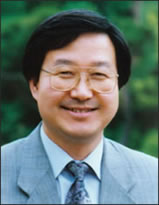 Memory chips made from Plastic

A team of South Korean scientists headed by Prof. Ree Moon-hor at Pohang University of Science and Technology has used plastic to make non-volatile memory devices, which hold their content without the need of power supply as comparable to flash memories. Since the new memories are produced with plastic, they can be bent or folded, allowing them to take the forms of foldable laptops or wearable computers. The new memory devices can operate at a very low voltage range. As a result, they hardly consume power, greatly extending battery life.

Samsung Electronics, the world’s foremost memory chipmaker, provided funds for the project over the past three years along with the Korean government. The team is currently in talks with Samsung, which is showing interest in the new technology. It will not take much time to commercialize the process once Samsung opts for the new technology.