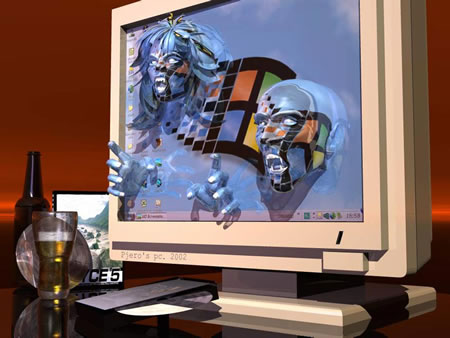 An error occurring in the update of Norton’s virus database on Friday has caused millions of PCs and computers to crash-a heavy blow to people’s daily work and ongoing business. The computer crash results from the “attack” by Norton’s Antivirus software, newly updated on May 18, which regards two essential system files as viruses and thus clears them away. Customers had reported being affected by the incident as of Friday noon. The common symptom is that the computer may suddenly encounter a blue screen and then be prompted with an error message. The same problem remains even after a reboot of the system. A spokesman for Symantec, producer of the Norton Antivirus software, has confirmed that this incident resulted from inappropriate handling of upgrading Antivirus software.

He promised that the company was now working hard on a possible solution. The latest virus Norton database was upgraded on May 17. According to some PC experts, this software, after the upgrade, would regard two essential system files (netapi32.dll、lsasrv.dll) as viruses by mistake and clear them away from computers installed with Windows XP. That causes the computer to be locked up even after a reboot.